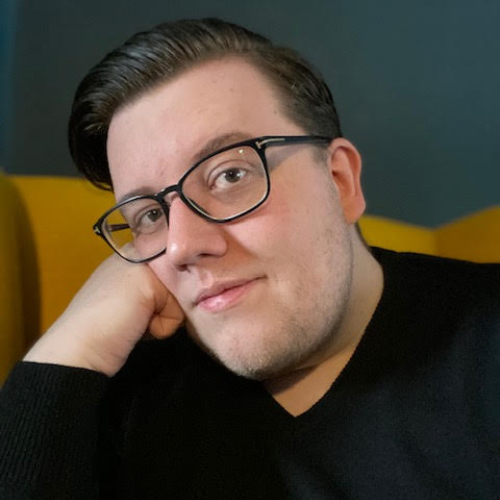 Mark Nixon is a writer who dwells by a graveyard in County Durham. He travels life hopefully and yet finds inspiration in the ghastly, the ghoulish and the macabre. Mark originally began posting ghost stories online, an endeavour which lead to the foundation of Shadows at the Door Publishing. In 2016 Mark selected and co-edited Shadows at the Door: An Anthology. He has since written extensively in the audio drama format, appearing on such podcasts as The NoSleep Podcast, The Lift and his own Shadows at the Door: The Podcast. Through all this, Mark quickly established himself  as a champion of ‘quiet horror’ and offers distinctive, drama driven narratives within pleasing terrors. He writes at home in the dark, usually with a cup of Earl Grey to hand. He has two twin daughters, neither of whom are evil. 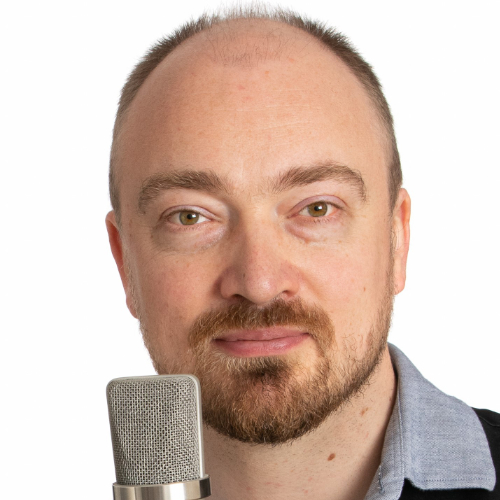 David Ault was first introduced to audio dramas though the Hitchhiker’s Guide to the Galaxy radio series, which he memorized as a child. Many years later, whilst looking for Time Lord-based audio drama he came across audio groups online and decided to try voice acting. In the fifteen years that have followed he’s played God, the Devil, and just about everything in between. David has degrees in maths and astrophysics and is known as a storyteller, actor, science festival organizer, math, and science tutor, and an astronomy talker for hire. David’s love for ghost stories helped him discover and subsequently become a part of The NoSleep Podcast, and in 2013 he won the inaugural Best Actor award at the Audioverse Awards for his role as Byron in The Byron Chronicles. David was also the lead in Colonial Radio Theatre’s presentations of Moonfleet and War of the Worlds. He co-hosts The Sonic Society, a weekly showcase of new audio drama, and can now be found on Audible narrating the works of Idries Shah. He lives in North Yorkshire with his husband, and can still quote the Hitch-hiker’s Guide.

Nico is an ex-mathlete turned audio editor and composer. With all the looks of being Italian, yet being born and bred in West Yorkshire to balance everything out.

When not creating podcasts or making music, you can find him cooking, hiking, watching Ghibli movies, and on his best days drinking his own body weight in tea whilst binge-watching Netflix. 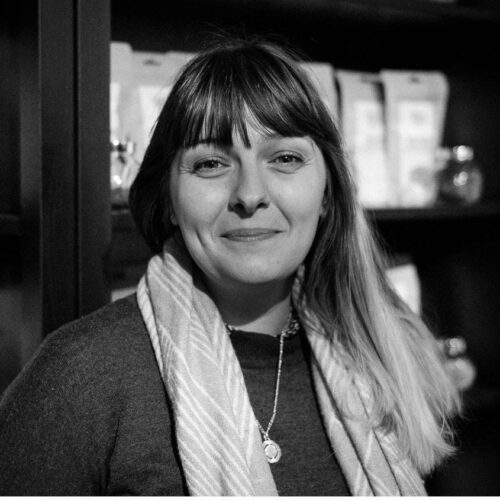 Rock-solid admin handler Jo has extensive experience in all things behind the scenes. Before becoming founder and director of her own tea business in 2010, she studied Theatre at the University of Winchester and holds a Master’s Degree in Contemporary Culture.

When she’s not deep in spreadsheets, you’ll find her guzzling local folklore, reading MR James to her two cats, and is currently a VO-in-training. 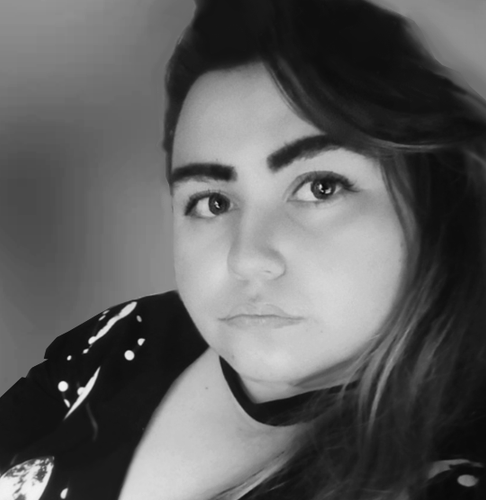 Shannon is a recent animation graduate from the University of South Wales. When she is not up at the witching hour trying to summon the ‘ability to draw hands’ demon, she is frequently found in her corner of the internet creating and sharing her artwork.

Stories, whether it would be through a visual or audio medium, have always resonated and caught her interest, especially the horror genre! Her striking, gritty and atmospheric artstyle can be found in many projects –  ranging from the background art in indie 2D Animation to creating illustrative works for fandom-themed zines to raise funds for charity. 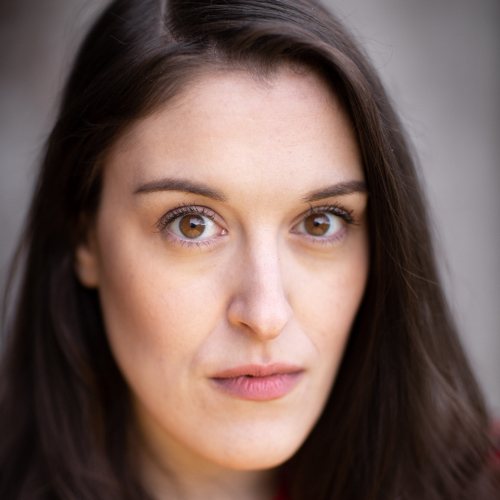 Ilana Charnelle Gelbart began her screen career chomping on rotting vegetable matter as a ‘bug girl’ in ABC’s popular series Round the Twist at age eight. Since then, she has appeared in various television programs including BBC’s Jeopardy, Summer Heights High and Utopia, as well as stage productions across Australia and the UK, with roles ranging from a ukulele-playing Alice in A Mad Tea Party to Bella Manningham in Gaslight. Her grittiest performance, originating the role of Kat in Daniel Lammin’s controversial play The Cutting Boys was praised as, “the stand out performance…such skill that I still get goose bumps when I think of it” (Theatre People). She gained her Bachelor of Performing Arts with Honours from Monash University (2012), and completed further study with the National Institute of Dramatic Art (NIDA) in 2018. As a vintage-inspired cabaret singer and songwriter, Ilana has released two albums with musical director Ned Dixon, and her original songs and ‘jazzified’ covers have reached over 270,000 views on YouTube. An accredited Auslan interpreter, she is also a co-founder of the award-winning theatre company Deafferent Theatre. 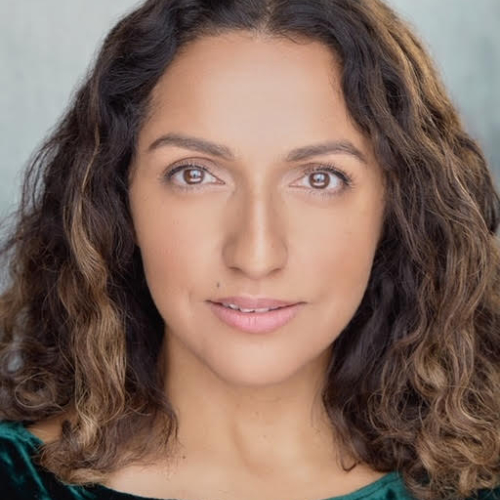 Verna recently graduated from Drama Studio London where she had the opportunity to train with the late Terry Hands and Chris Luscombe. She most recently appeared in The Show Must Go Online Live’s production of Much Ado About Nothing as Don Pedro. 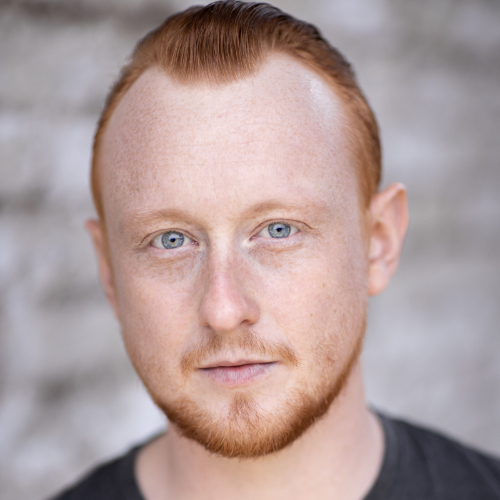 Jake Benson started acting by performing Shakespeare in rep in Leicestershire before also training with the Royal Central School of Speech and Drama. On stage he’s appeared in such productions as ‘Gaslight’, ‘Hedwig and the Angry Inch’ and ‘Macbeth’ (Which ticked off performing on the same stage Olivier debuted on (The Old Rep, B’ham) from his bucket list). He’s also worked in TV and Film, appearing in the BBC/HBO drama, ‘Years and Years’ among others.

When he’s not lending his voice to Shadows at the Door, you can hear Jake as various characters in the LEGO video games and the upcoming game ‘Ivy Likes Stories’, he’s also performed voice work on the upcoming film ‘The King’s Man’, the latest instalment in the Kingsmen franchise.

When not doing any of these things he’s probably DM-ing, writing, cooking or having Piña Coladas while getting caught in the rain. 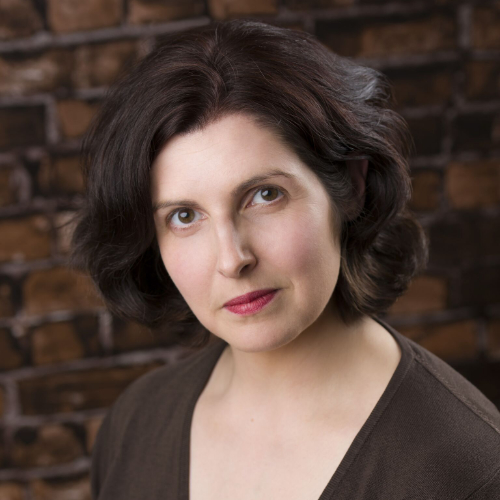 Erika Sanderson grew up in Buckinghamshire, UK. She trained in Acting Musical Theatre at the Royal Central School of Speech and Drama in London.

A highly versatile character actress, Erika’s stage career spans over 3 decades during which she has created a myriad of roles in a variety of genres from children’s theatre to classical plays and musical theatre.

Since 2015 she has predominantly worked as a voice actor and can be heard in award winning audio dramas, video games and animation. 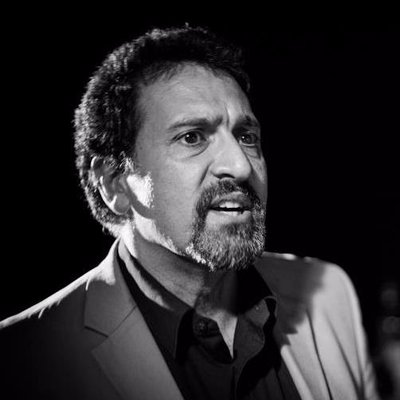 Karim has been a professional performer for more than 20 years, originally working as a medieval entertainer.

After many years on stage he decided to try directing and now he loves directing as much as performing. Trained at City Lit in London after first working behind the microphone at BFBS, he specializes in narration and audio drama.

Now he works almost exclusively in audio and listeners may recognise as Karim as “Simon Fairchild” from The Magnus Archives, “Walter ‘Troubles’ Mix” from What’s The Frequency, and “Bruce Mercer” from A Scottish Podcast as well as dozens of other shows

We use cookies on our website to give you the most relevant experience by remembering your preferences and repeat visits. By clicking “Accept”, you consent to the use of ALL the cookies.
Cookie settingsACCEPTREJECT
Manage consent

This website uses cookies to improve your experience while you navigate through the website. Out of these, the cookies that are categorized as necessary are stored on your browser as they are essential for the working of basic functionalities of the website. We also use third-party cookies that help us analyze and understand how you use this website. These cookies will be stored in your browser only with your consent. You also have the option to opt-out of these cookies. But opting out of some of these cookies may affect your browsing experience.
Necessary Always Enabled
Necessary cookies are absolutely essential for the website to function properly. This category only includes cookies that ensures basic functionalities and security features of the website. These cookies do not store any personal information.
Non-necessary
Any cookies that may not be particularly necessary for the website to function and is used specifically to collect user personal data via analytics, ads, other embedded contents are termed as non-necessary cookies. It is mandatory to procure user consent prior to running these cookies on your website.
SAVE & ACCEPT